To mark Brazil’s bicentennial, ApexBrasil, the main trade and investment organisation in Brazil, brought Casa Brasil to London, to showcase the rich larder of fresh produce, ingredients, wines and fabrics produced in Brazil. The event happened from 25th August to 7th September at The Stable, in Covent Garden.

There were a multitude of live cookery demonstrations, one of which was given by our good friend, chef Eduardo Barsotti from Omnino Restaurant, who gave a masterclass on how to expertly prepare and cook an amazing piece of 1953 grain-fed Brazilian beef which was paired with a lovely bottle of Brazilian Miolo red wine.

The audience was made up of a variety of butchers and meat enthusiasts from around the world. The world’s largest meat producer, JBS Meats, based in Brazil, had provided cuts of 1953 grain-fed Brazilian beef, the pinnacle of Brazilian beefs, for Eduardo to cook. 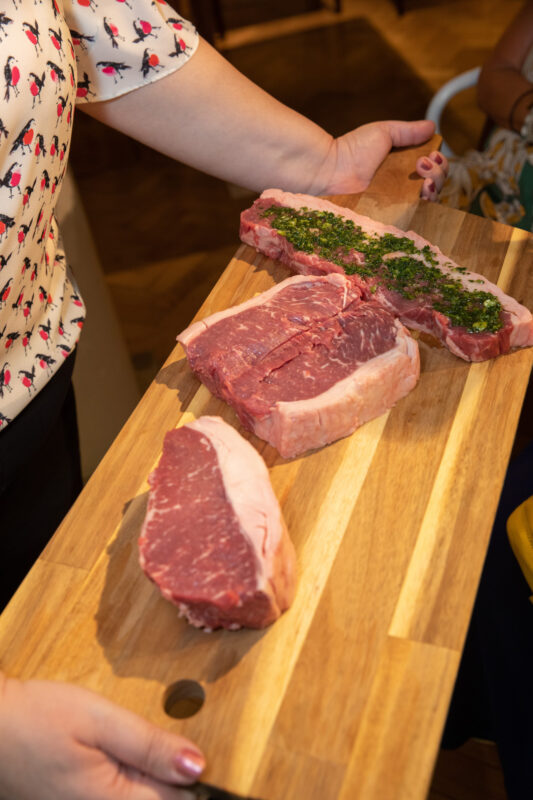 This sentiment was echoed by Eduardo, who went on to explain how Brazil’s climate is perfect for raising excellent beef and how the animals are so well adapted to the climate that they produce the best meat, making it the ideal combination of animal and environment. A bottle of Brazilian Miolo red wine had been paired with the beef. The Miolo Wine Group is the largest wine exporter in Brazil, producing an average of 10 million litres of wine annually across its four wineries on a cultivated vineyard area of about 1,000 hectares. 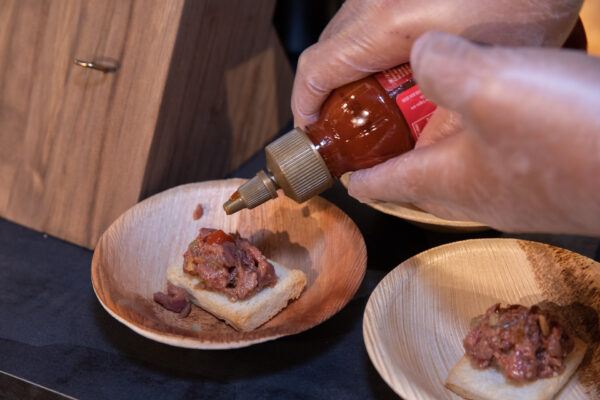 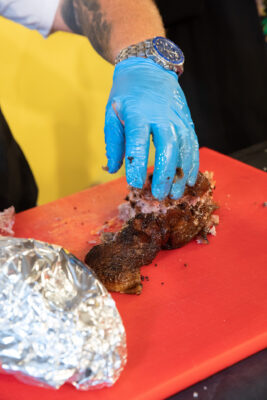 Delicious Dishes
Eduardo showed his butchering skills by expertly trimming any untidy-looking pieces from his piece of meat, emphasising that nothing should ever be wasted. He suggested saving any extra meat for future stocks and sauces or using it to make a steak tartare, which he then prepared and served to an appreciative audience. The steak tartare was tender, succulent, and delicious.

The next dish Eduardo created was Hump with Bearnaise sauce and made from a beautifully marbled piece of beef which had been slow cooked earlier for five hours and then shredded, its fat content giving it a luxurious flavour and texture. It was served with BBQ rice, farofa, peppers and spring onions fried in white wine and the juices of the original beef cut. Again it was delicious and tender and simply melted in the mouth.