Gareth Rhodes started working in kitchens at the age of 16. Food has always played a major part in his life and like most other chefs he found his love of cooking from helping his Mum and Nan in the kitchen during family gatherings. He has built an enviable career in London, working for a plethora of award winning restaurants such as the likes of Zuma, Zafferanos, Toms Kitchen, La Petite Maison and Coya. He worked for the Soho House group as Executive Chef at Soho Farmhouse. Since leaving the Farmhouse Gareth has been working as a consultant on a variety of projects. He is currently looking into his options for a solo venture.

I want to make people feel

happy and surprised when I cook for them. Nothing is better for me when you are told either that was the best version of that dish they have eaten or If I can get them to eat an ingredient that they don’t normally like.

My favourite type of cooking

is with Fire and charcoal, most countries around the world use this ancient method of cooking. I have tried many on my travels and for me nothing enhances food than that slight smoky flavour you get from cooking on or with fire.

is travelling the world with my now wife of 14 years Rosie. Whether it was cooking amazing seafood on our little camp stove in the south of france or Camping in amongst the vineyards of Piedmont. I remember we found this tiny little place in the middle of nowhere with no real signs and no menu the lady just said we have this and that’s it. But it was one of the best freshly cooked meals I can remember, from fresh pasta to roasted rabbit everything was delicious. Whether it was a 3 stars lunch at Martin Berastegui in Spain or a bowl of pho on the streets of Vietnam to a Somtam (papaya salad) mixed while you wait to accompany sticky rice and some grilled pork, we had so many amazing food experiences and I learnt so much along the way.

Gareth’s style of cooking is varied, championing local British quality produce, creating dishes that showcase British cuisine at its best. Living in the Cotswolds he is surrounded by some of the best produce in the country. Gareth is currently available for supper clubs and intimate home dining in Cotswolds/ Gloucestershire area. You can find Gareth at @garethrhodes78 (Instagram) or garethrhodes@hotmail.com . 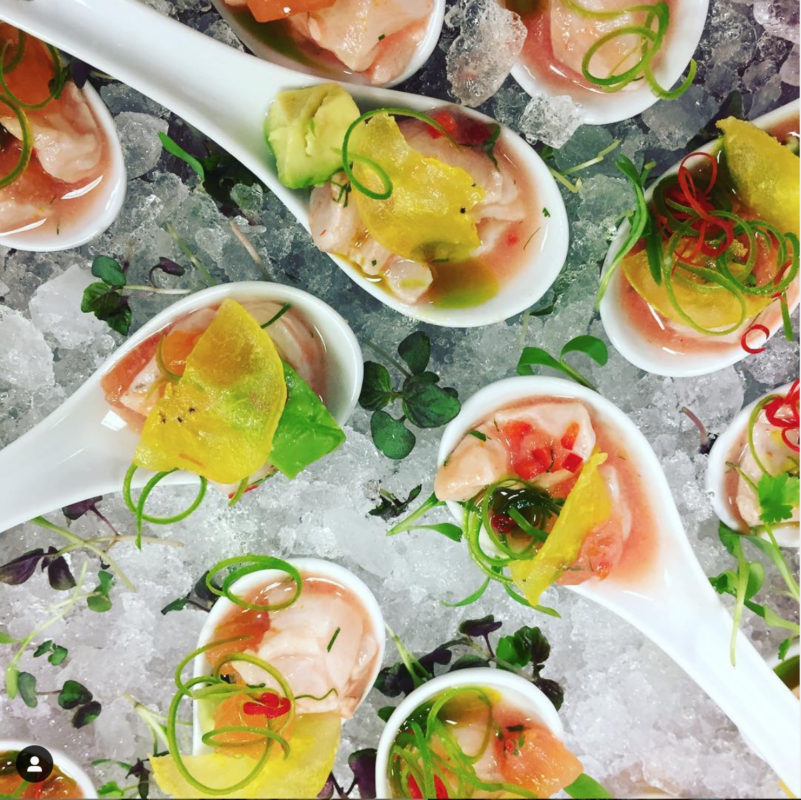